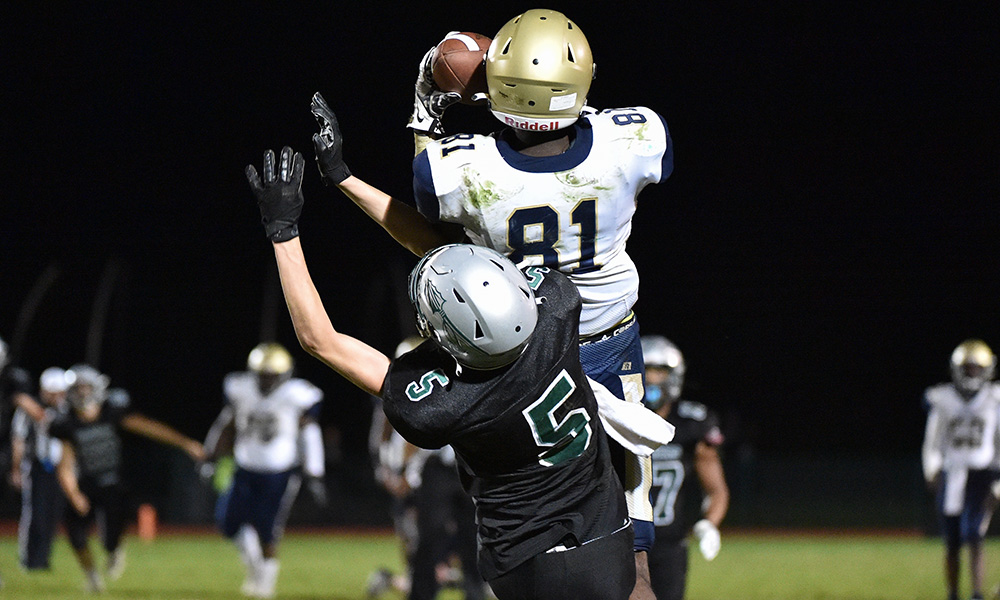 Jaden Farrell threw threw touchdown passes, two to Leon McKiver, and rushed for another to lead Middletown to a 34-6 non-league road win.

Farrell, who threw for more than 200 yards, connected with McKiver on scores of 53 and 24 yards. Angel Ortiz caught a 10-yard TD pass and added a 5-yard TD run for Middletown. Middletown’s Jagger Blauvelt picked off a pass in the end zone late in the first half.

Tommy Faller rushed 201 yards and Cornwall blocked a punt that led to the go-ahead touchdown in the third quarter of a non-league home win.

Chris Leahy rushed for 226 yards and three touchdowns for Burke Catholic in a Section 9 Class C game in Highland Falls.