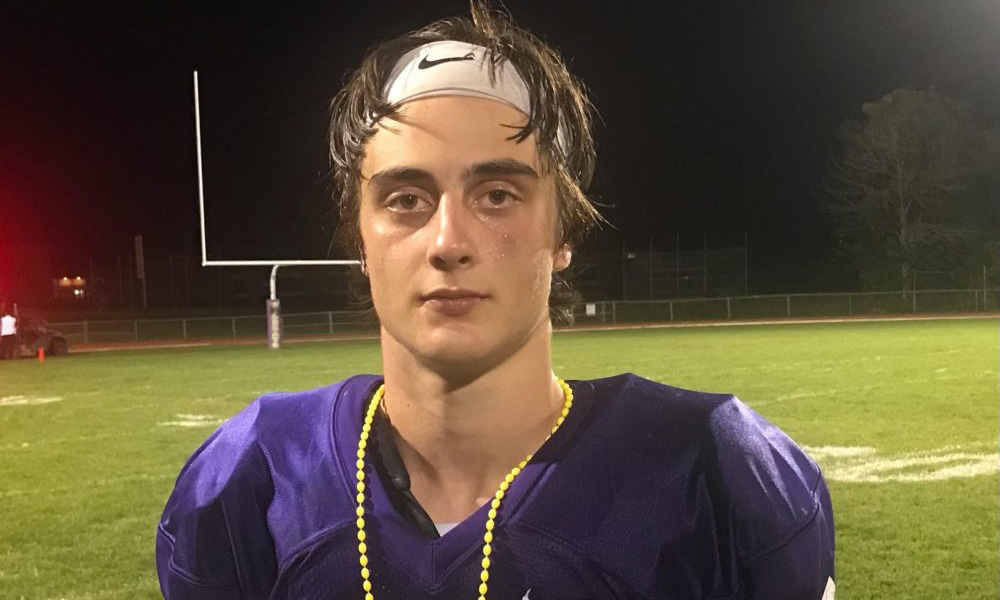 Tyler Ellis sprinted across the goal line with his Warwick teammates in pursuit for a celebration.

Ellis’ scoop and score was the linebacker’s first varsity touchdown and first since he played modified football.

The senior’s fourth-quarter touchdown sealed Warwick’s 28-14 win over Washingtonville and the Wildcats’ first 3-0 start since 2018.

“I’ve only been a defensive player so it was big for me,” Ellis said. “We were running a lot of blitzes toward the end. I got back there the first time and they recovered their own fumble. I went back there again, fired at the ball hard, picked it up, saw daylight and went for it.”

Ellis had two fumble recoveries in the second half. The first came right after Washingtonville’s Devon Bare intercepted a pass on Warwick’s initial play after halftime. Ellis’ touchdown provided him with a memory that he’ll never forg

“Everybody (on the team) was there for me,” Ellis said. “The fans were there for me. It iced the game. It was big.

Warwick jumped out to a 21-0 halftime lead on quarterback Nick DiMarco’s two touchdown passes and a touchdown run.

DiMarco and receiver Nick Simonetta ran a two-minute drill to perfection on a two-play drive with 12 minutes left in the first half. Simonetta caught a 34-yard pass and then made a diving catch between two Washingtonville defenders for a 31-yard touchdown on the half’s final snap.

DiMarco connected with Ryan McLaughlin for a score in the first quarter and ran in from four yards out in the second quarter.

Warwick is off to an impressive start with a 25-20 season-opening victory over Valley Central and capturing the Spirit Trophy for the first time since 2018, defeating Goshen. The Wildcats’ biggest challenge will come next Friday in their Class AA opener against Monroe-Woodbury.

“We have a lot of momentum,” Ellis said. “We won the Spirit Trophy last week and this big win. It’s going to be a hard week. They are a good team and good competitors. We’re going to have to get back and keep grinding.”