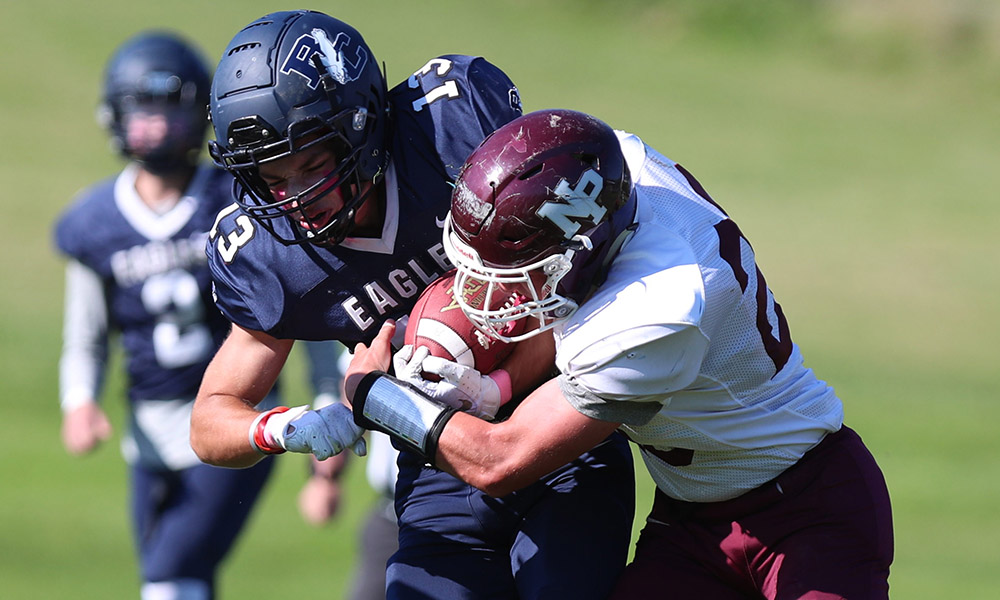 Newburgh’s Emmanuel Williams had seven tackles, a sack, a fumble recovery and caught a 29-yard touchdown and Elijah Bevier rushed for 60 yards and a score and threw a 33-yard touchdown pass. Semaj Branch had a two sacks and a forced fumble.

Nick Simonetta caught touchdown passes from Nick DiMarco and Joey Krasniewicz and Justin Hurd picked off a pass for Warwick (3-2).

Jayden Coulanges rushed for 154 yards including a 87-yard touchdown and caught a 35-yard touchdown pass to help Monroe-Woodbury win its second straight game.

Mike Zrelak rushed for 67 yards and a 22-yard score and passed for 46 yards and a touchdown for Monroe-Woodbury (2-2).

Monroe-Woodbury’s Liam Gallagher picked off a pass and returned it 21 yards for a touchdown in the second quarter and recovered a fumble near the goal line in the fourth quarter. Colin Douthit made all four of his extra points and Eryk Shammgod added 41 rushing yards.

Kai Colon completed six of 17 passes for 84 yards and a 3-yard touchdown pass to Mikey Altomer for Minisink Valley (3-2).

Burke Catholic scored on its opening drive and final possession with 33 seconds left in a non-league home win Saturday.

More in James I. O'Neil