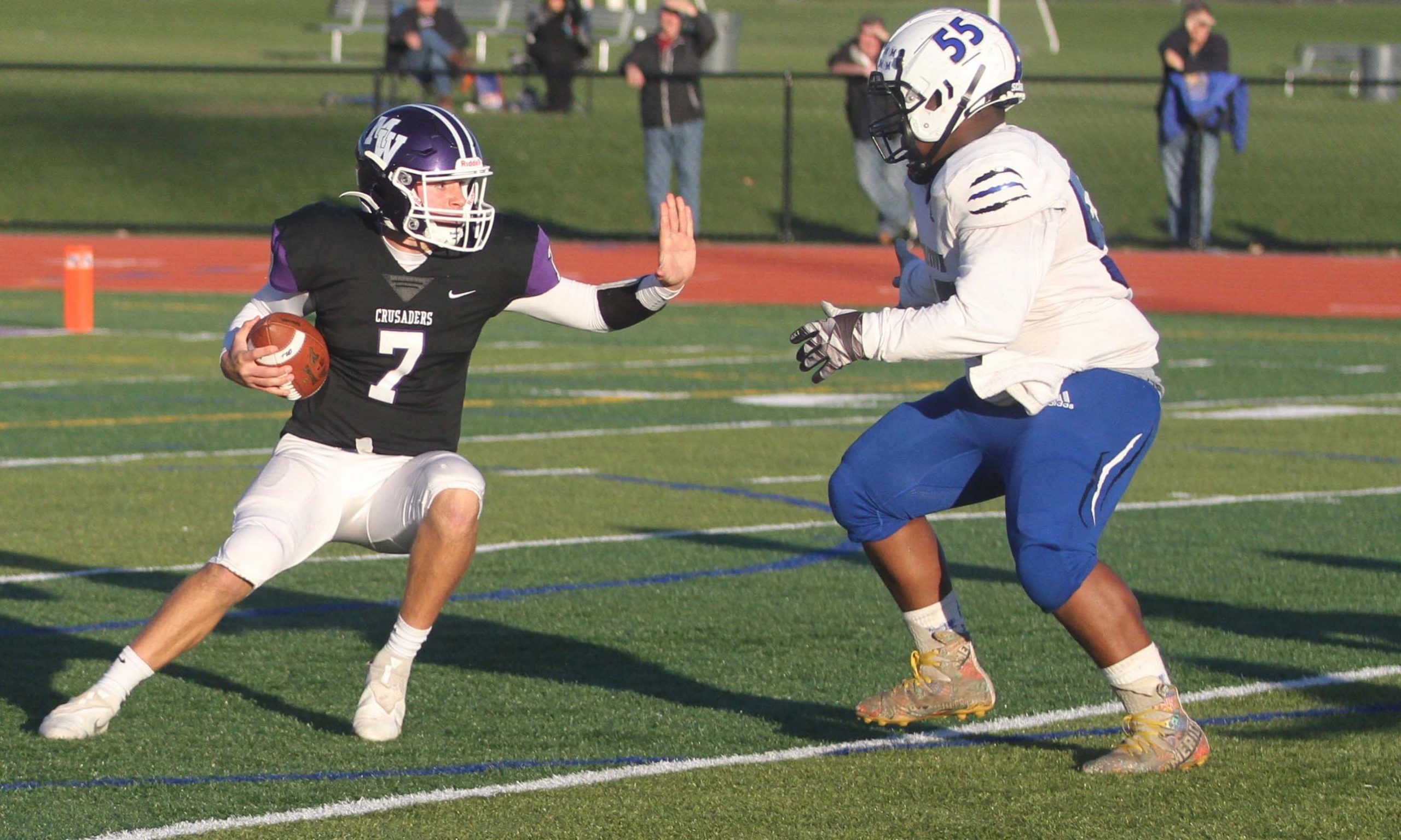 It was the third game of 2021 Saturday when Monroe-Woodbury played Middletown during the Section 9, Class AA semifinal, and the previous two games were close.

The first game was played in the spring, and it was the delayed title game of the 2020 fall season because of Covid, and Middletown won the AA title. Fast forward through the summer and into the fall, and Crusaders won the regular season game.

After leading 7-0 at the end of the first quarter, Mike Zrelak took the ball into the end zone on a 19-yard carry with 8:56 left in the second quarter to make it 14-0.

Middletown scored a touchdown late in the fourth quarter, but it was too late for a comeback as the Crusaders won 48-27 to advance to Section 9, Class AA final at home Saturday, Nov. 13 against Newburgh.

“That touchdown definitely felt like we put the game away to rest our minds,” said Zrelak, of his final run. “We’ve had dogfights the past couple of games, but this time everyone was sick of this, we’re the better team, and we are going to go out there and play our game.”

The Crusaders picked off  Middletown’s Jaden Farrell twice in the first half and caused a fumble late the second quarter, in which Alan Ramirez scooped up and carried 57 yards to the end zone.

A 90-yard kick-off return by the Crusaders made it 34-7 before Middletown’s Leon McKiver pulled down a 9-yard touchdown catch, his second catch for a score, to make it 34-13.

The Crusaders lost to Cornwall, Corning and Newburgh, and played all season with the run, minus a few passing attempts in some games, and the semifinal was no different.

“We ran the ball just like we did last time,” said James Sciarra, Monroe’s coach. “And that’s the goal coming every week to run the ball, and we did that today.”

Now the Class AA title game looms against a Newburgh team that won the regular season final on this field a week ago. Zrelak said he and his teammates will be ready for rematch to see who goes home, and who will continues to fight on toward a state title.

“I feel we’ll be 100 percent prepared this time,” said Zrelak. “Last time, I felt a couple things just didn’t go our way. We are going to have a long week of practice. Everybody will be focused, and we’ll be ready to go.”