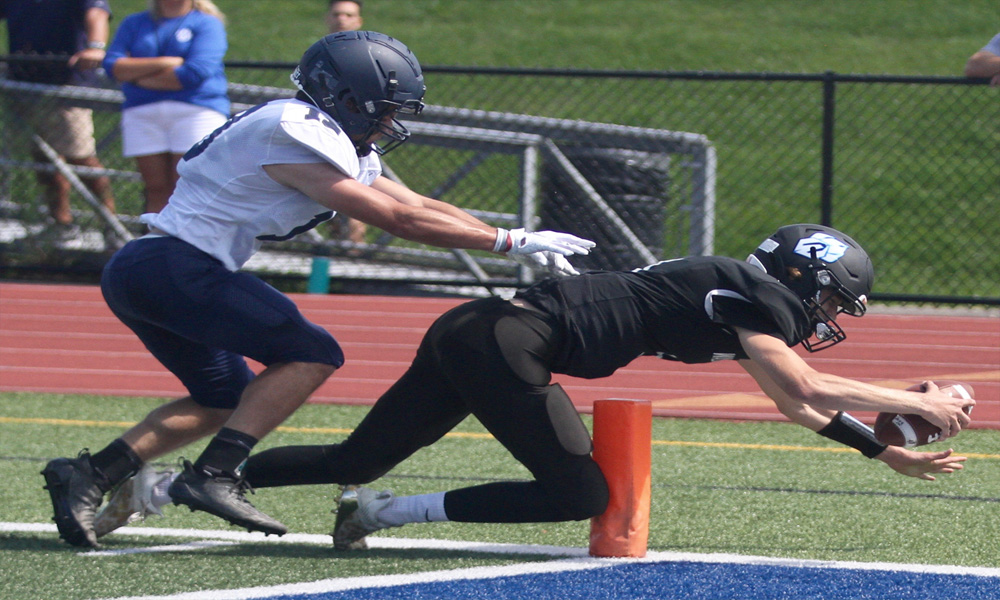 There was less than 90 seconds left in the game Saturday in Wallkill when Caden Campbell sacked Burke Catholic’s quarterback on the Eagles’ 35-yard line.

The ball was forced loose, picked up and returned 30 yards and the Panthers had control of the clock.

A few snaps, some kneels and a running clock ended Wallkill’s quest for a home victory as the Panthers opened the season with a 21-6 non-league victory.

“I thought they made plays when they had to,” Wallkill coach Brian Vegliando said. “They showed some real backbone.”

Burke took the opening kickoff and kept the ball for more than six minutes, driving down to the Panthers’ 15-yard line before Wallkill’s defense stopped the drive and handed the ball to the offense.

As the minutes dwindled away, Matt Shea, Wallkill’s quarterback, swept left, and raced 18 yards before diving into the end zone to give the Panthers a 7-0 lead with 32 seconds left in the first quarter.

Wallkill’s defense continued to dominate in the second quarter, keeping the Eagles scoreless, before Shea hit Jack Rauschenbach down the middle and the wide receiver raced to the end zone on the 85-yard play with 3:42 left in the period as the Panthers led 14-0 at the half.

Wallkill could have scored a pair of touchdowns in the third quarter, but an illegal man downfield nullified one of the touchdowns and Mason Ondreyko dropped the ball in the end zone after he crossed the line for an apparent score.

Wallkill’s miscues gave Burke an opening in the fourth quarter when Eric Blackshear took the ball from six yards out to cut Wallkill’s lead to 14-6.

The Panthers, though, were not satisfied with an eight-point lead. With 2:30 left in the fourth quarter, Shea connected with Ty Crowley on a 24-yard reception into the end zone, and the Panthers had the breathing room and another score, up 21-6, to claim a victory in the season-opener.

“I pictured this happening yesterday, throughout this whole week,” Shea said. “We came out here and we executed perfectly. The defense stepped up beautifully.”