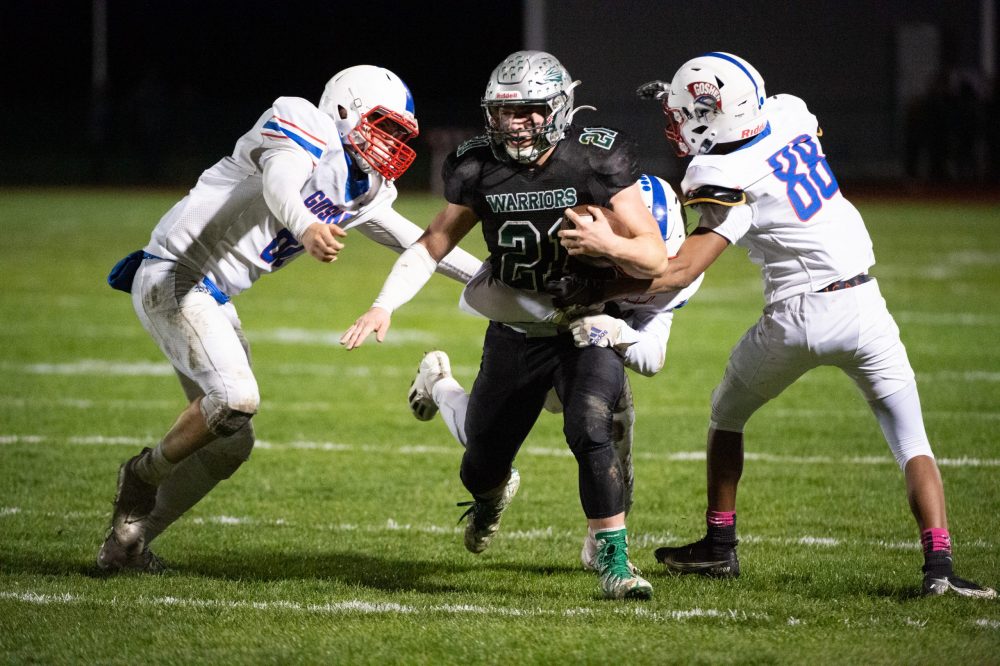 Lombardi, who rushed for 43 yards on eight carries, added 12 tackles. Pierro notched his seventh touchdown of the season. Jack DelGiudice has 82 yards on 12 carries and Troy-Singleton-Burnette had 11 rushes for 62 yards.

Washingtonville plays at top-seeded Cornwall in a Section 9 Class A final on Nov. 5 at 7 p.m.

Ethan Gallo rushed for 160 yards and two touchdowns and Tyler Mackie caught a touchdown pass and returned an interception for a score as No. 3 Minisink Valley cruised to a Section 9 Class A quarterfinal victory over No. 6 Goshen in Slate Hill.

Kyle West threw for two touchdown passes for James I. O’Neill in a meeting of state-ranked teams.

Chenango Forks, the No. 4 Class C team in the state, scored 21 straight points in the first half to take 21-7 halftime lead.